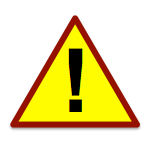 This post has been deprecated. It was written when the author was just beginning a scientific career and may not necessarily represent an informed scientific understanding. It has been left online for historic reasons. Read at your own risk.

Here’s one other hypothesis I’ll also throw out randomly, don’t know if it’s valid or not: this could also go at least some length toward explaining why there are different strains of prion diseases, a phenomenon for which I’ve not yet heard any other satisfactory explanations.  If you’ve got cysteines at codon 179 and codon 214, then there are three possible intermolecular disulfide bonds you could form: 179-179, 214-214 or 179-214.  Then you could imagine one kind of aggregate consisting of PrP molecules bound 179-179 and 214-214, or an aggregate consisting of molecules all bound 179-214 one to the next.   Each of these forms would have the same protein-based infectivity that is unique to PrP, because each would have a thiol group free to attack PrPC and add it to the aggregate; yet each could produce a distinct protein conformation leading to different parts of the molecule being exposed and therefore different types of toxicity.  This could help to explain the three phenotypes of heritable prion diseases in humans– CJD, FFI and GSS– (and some researchers say vCJD and kuru constitute fourth and fifth distinct non-hereditary phenotypes).
Short of designing an experiment and heading to the lab to test Walker et al’s hypothesis, it’s tempting to see what other data out there we can correlate with what they’ve noted. Walker et al make the claim that “many of the mutations that provoke inherited prion diseases are clustered near the (intramolecular) PrPC disulfide bond” and cite Wadsworth for this.  The implication is that hereditary prion diseases consist of mutations that weaken the conformational support for the intramolecular disulfide bond, thus making it more likely to come undone, or more vulnerable to attack by other thiols.  Here is Wadsworth’s diagram of the location of PrP polymorphisms and mutations:

Or try this similar yet more attractive diagram from Manson and Tuzi: 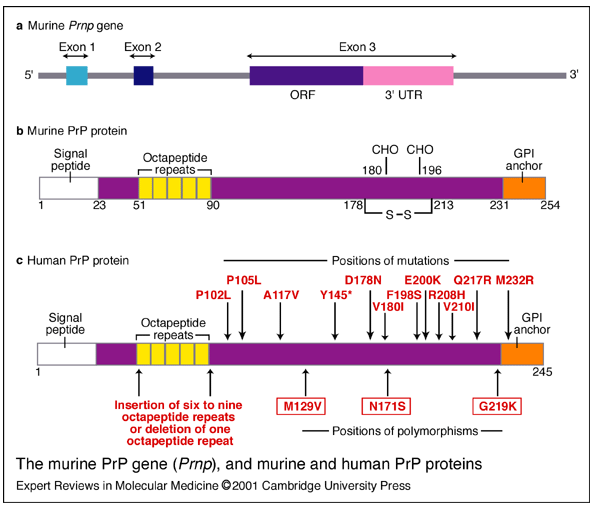 I wish that these diagrams provided more obvious support for Walker, Wedemeyer and Scheraga’s claim.  Yes, D178N and V180I are both disease-causing mutations and are just left and right of the C179 involved in the disulfide bond.  But then there’s F198S, which causes GSS, and it’s right in the loop region between α-helices 2 and 3 (i.e. NOT right next to a cysteine) and then there are the octapeptide repeat deletions or additions, which are way far away from the cysteines.  And the would-be smoking guns of mutations at 213 and 215 to match 178 and 180 are not to be seen.  Compare the above diagrams to Riesner’s diagram of PrPC structure: 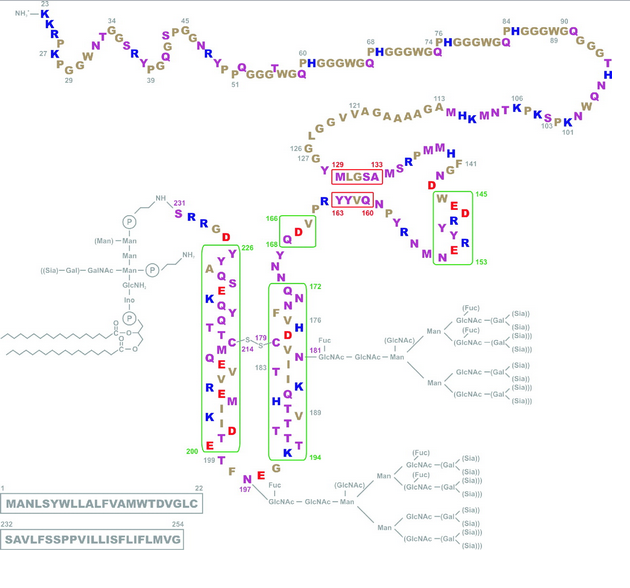 Suddenly 105, 117, 198 and others all look rather far from the disulfide bond action.  But this isn’t to say the hypothesis is wrong (far be it from me to critique the work of real scientists!) but just that proteins are bloody complicated.  If this was any other field besides protein folding, a Tufte disciple like myself would just concoct some clever plot of PrP codons that pits “distance from cysteine” against “age of disease onset” and poof, everything would be illuminated (at least that’s how the magic always seems to work in Tufte’s books!)  But alas, a change anywhere in a protein can induce cascading conformational changes throughout the molecule, so just because the F198S mutation isn’t adjacent to 179 or 214 doesn’t mean it couldn’t seriously destabilize the disulfide bond (and for what it’s worth, F and S are  very different amino acids).
So, signing off, no conclusions, just some interesting things to think about.  Walker et al’s work in PNAS dates from 2001 and so far I haven’t been able to find any followup on it since then, so I’m curious what the current thinking is on the intermolecular disulfide bond idea.
comments powered by Disqus