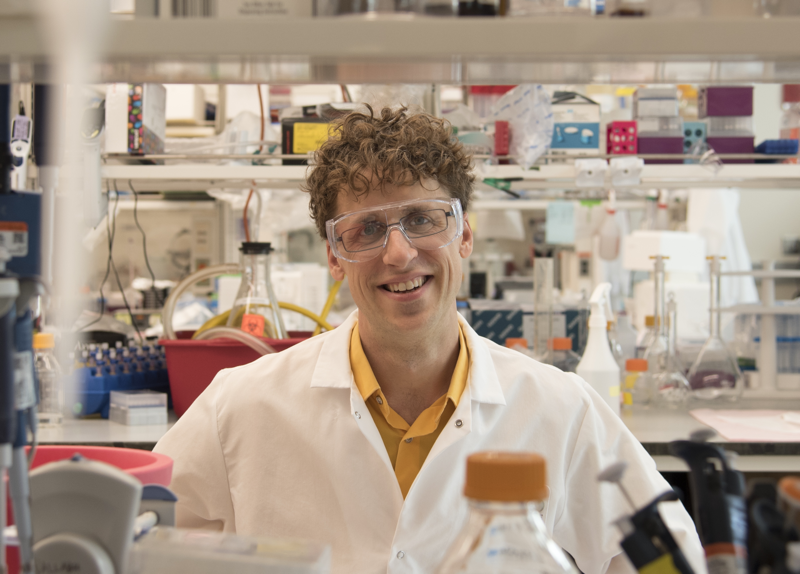 My name is Eric Vallabh Minikel and I’m on a lifelong quest to prevent prion disease.

I originally trained as a city planner at M.I.T. and was working as a software engineer and data analyst in the transportation sector when, in December 2011, I got some bad news. My wife and the love of my life, Sonia Vallabh, tested positive for a mutation (PRNP D178N) that causes genetic prion disease, and that had claimed her mother’s life one year earlier. Sonia was 27 at the time. The mean age of disease onset for her mutation is around 50, and the mutation is highly penetrant, meaning she is exceptionally likely to develop the disease unless a treatment or cure is found.

Sonia and I set out on a quest to re-train ourselves as scientists. We both started taking night classes, reading papers, calling up scientists, going to conferences. We left our old careers and found jobs in research labs, and eventually enrolled at Harvard Medical School, where we recently defended our PhDs in Biological and Biomedical Sciences. We have found our scientific home at the Broad Institute of MIT and Harvard, where live what once seemed an impossible dream: to wake up each day and work, side by side, on trying to cure Sonia’s disease. While our journey is far from over, we now have a plan for how we can develop a preventive drug for prion disease.

I, Sonia, and some friends started this blog in January 2012, just weeks after getting her genetic diagnosis, as a way to share what we were learning with one another. Soon, this blog became half of my brain, the place where I store my notes, thoughts, speculations, the place where I publicly struggle through trying to understand this disease. When I started, I had no biology training at all. I got lots of things wrong. So if you look at posts from 2012 or even 2013, and think, “this guy doesn’t know what he’s talking about”, it’s true — I didn’t! Now I’m a PhD in biology, but I still get lots of things wrong. Science is hard.

The name of this blog is a throwback to how we were first introduced to this disease. The particular subtype of prion disease associated with Sonia’s mutation is often called fatal familial insomnia (FFI). Ironically, we now avoid that term, and instead simply refer to prion disease. Insomnia isn’t always a major symptom, and wasn’t for Sonia’s mom — instead, the most salient feature of her disease was profound dementia. The historic classification of prion disease into subtypes named Creutzfeldt-Jakob disease, fatal familial insomnia, and Gerstmann-Straussler-Scheinker disease only serves to obscure our greatest asset: we know the molecular basis of this disease. It is caused by the misfolding of the prion protein (PrP), a protein encoded by the prion protein gene (PRNP) on human chromosome 20. That is the true name of this disease, and knowing it gives us our path forward.

To support our research, you can make a tax-deductible donation to our 501(c)(3) non-profit, Prion Alliance.