An interesting update from Prion2013 was Brenda Canine and George Carlson‘s work on GPM6A.  This is a protein about which next to nothing is known – even its generic name (glycoprotein M6A) reflects our lack of knowledge about it.  George Carlson and Lee Hood’s systems biology work on prion disease [Hwang 2009] identified GPM6A as a gene whose expression is downregulated relatively early in prion infection in vivo.  That result has also been found in prion-infected neurospheres [Coburn & Broh 2012], the Carlson lab’s preferred cell culture model [Giri 2006].  This sort of early biomarker in prion infection could be useful for several purposes – say, earlier endpoints in mouse trials, similar to the bioluminescence readouts of reactive gliosis [Tamguney 2009] which Kurt Giles has put into practice at the Prusiner lab, as well as improving our understanding of basic biology like to Carlson’s work on Shadoo downregulation [Westaway 2011], and – who knows – perhaps eventually as a diagnostic tool.

Dr. Canine presented a poster on GPM6A at the conference: 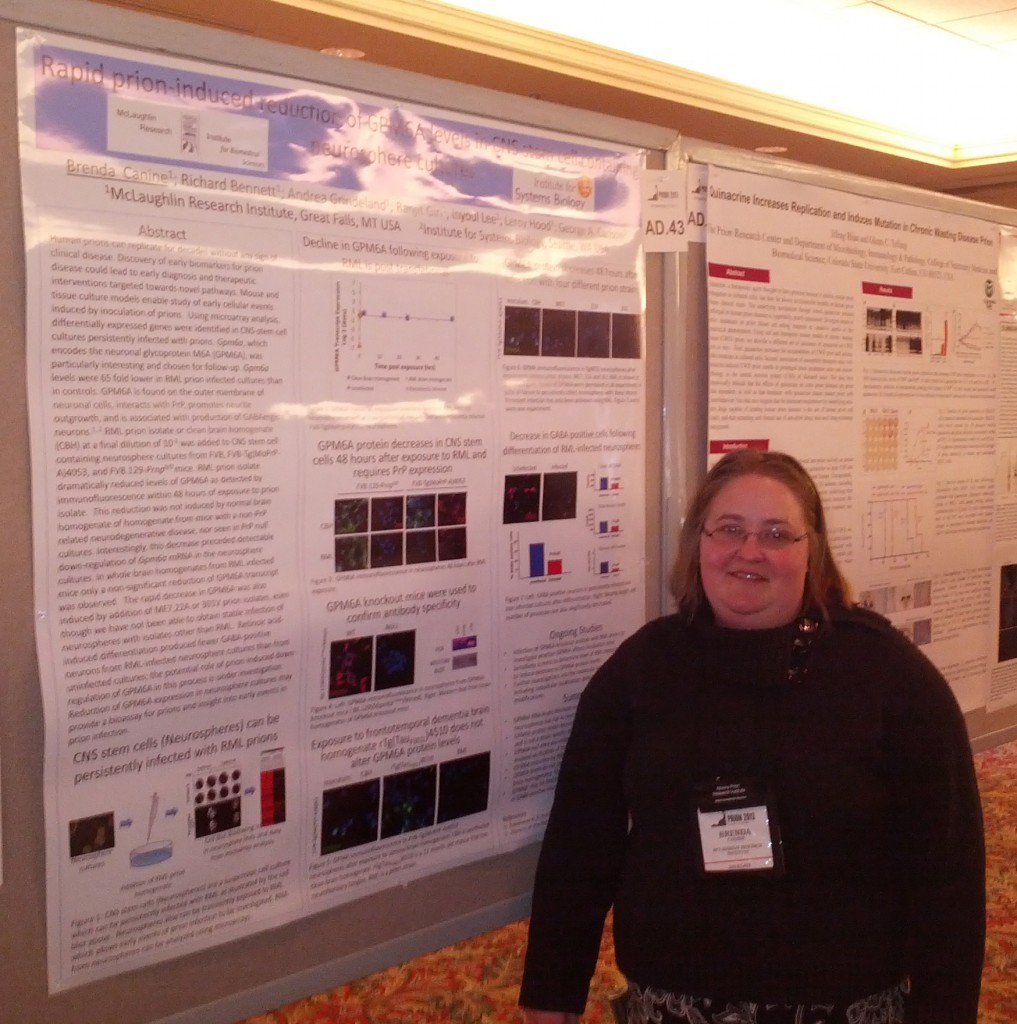 Surprisingly, although they originally came upon this gene because its mRNA is downregulated relatively early after prion infection, when they looked for the protein with an antibody they found that the protein is downregulated yet much earlier than the mRNA is.  This suggests there are at least two mechanisms that downregulate this protein after prion infection: one transcriptional and one post-translational.  It’s also a highly specific response which appears to require PrP expression (PrP knockout cells had no response) and is not initiated by exposure to Tau brain homogenate.

Dr. Canine and Dr. Carlson are working on confirming these results in vivo and figuring out what GPM6A is and by what mechanism it’s downregulated, so I look forward to more interesting news to come.