These are my notes from lecture 9 of Harvard’s Chemistry 20: Organic Chemistry course, delivered by Dr. Ryan Spoering on February 20, 2015.

We’ve already seen one example of a substitution reaction:

Here, Br- is the leaving group.

A different type of reaction involving a similar set of substrates is a β-elimination reaction:

A group’s ability to be a leaving group is somewhat correlated with the acidity of its conjugate acid. Strength of acidity, or pKa, is basically a measure of ability to leave hydrogen, whereas a leaving group has to leave carbon, so it is a helpful but imperfect predictor:

Substitution and elimination can each proceed via one of two mechanisms: unimolecular (dissociative) or bimolecular (concerted).

Above, the departure of bromide is the rate-limiting part. Once you have formed a carbocation it is highly reactive and the second step will proceed rapidly.

Here, the leaving does not happen on its own - there has to be a nucleophilic attack to release it.

Coming up, there will be one lecture entirely devoted to each of these mechanisms. Alkyl halides are very common and useful reagents for these reactions, so we’ll focus on them.

We’ll consider CH3Br, properly bromomethane but we’ll call it methyl bromide. We’ll also consider three isoforms of butyl bromide. These have their own nomenclature because they have very different reactivities.

Positions of carbons in alkenes and alkynes get many special names, none of which are recognized in IUPAC nomenclature but all of which are very commonly used. Here are a few examples:

The following natural compound has enediyne ring with two triple bonds. This is referred to as a “warhead” because it allows the molecule to intercalate DNA and break it. This compound is an antibiotic. It is a great example of just how many names there are for positions and functional groups. 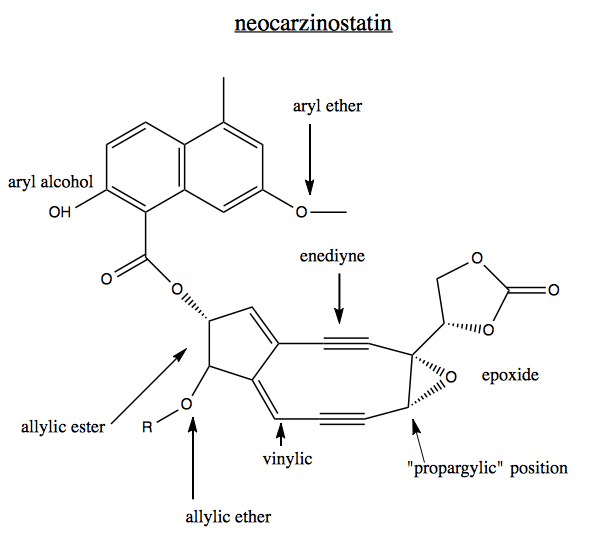 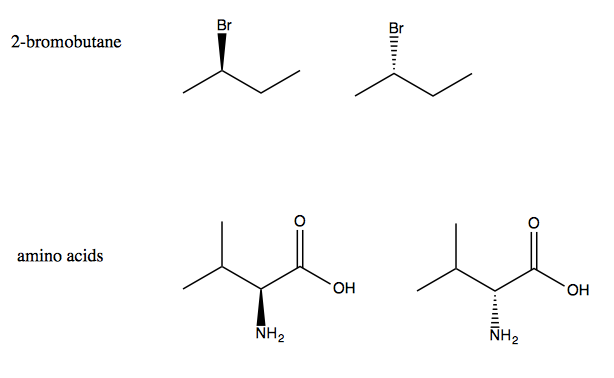