These are my notes from lecture 23 of Harvard’s Chemistry 20: Organic Chemistry course, delivered by Dr. Ryan Spoering on April 3, 2015.

Consider these two reactions of adding a bromine to an allylic or benzylic position. 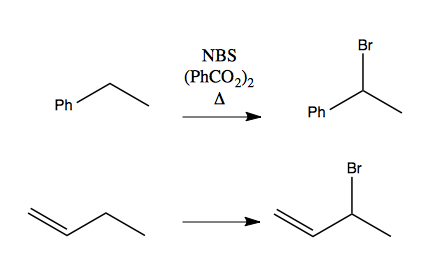 Either can be achieved via radical chemistry. Here are the steps for the first one: 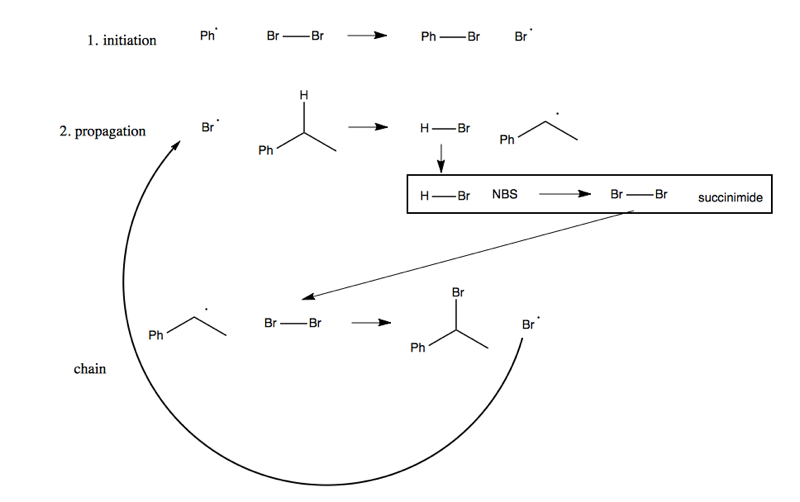 The second one is analogous. In either case, the carbon that gains the bromine has a +1 increase in oxidation state. Note that these reactions only work with bromine, not other halogens.

Dehalogenation can be achieved with organo-tin reagents, such as Bu3SnH. This also requires azobis(isobutyronitrile), abbreviated AlBN (note that is not a chemical formula - the B stands for butyro, not boron, and N stands for nitrile, not nitrogen).

This reaction is highly effective but has several disadvantages. Tin is a highly toxic metal, but ordinarily it doesn’t pose a great threat to us because it is poorly adsorbed. However once you have added a greasy alkyl group to it, it will be absorbed by the body, so it has to be handled with extreme caution. Also, tin smells terrible, unlike anything you’ve ever smelled before, and it takes many rounds of bleaching your glassware to get the smell out.

The way that this works is that when AlBN is heated it dissociates into N2 and a highly reactive radical. The H-SnBu3 bond has a low dissociation energy of ~74 kcal/mol and can be broken by the reactive radical produced by AlBN. Then you get a chain reaction. Here’s a diagram of the whole process: 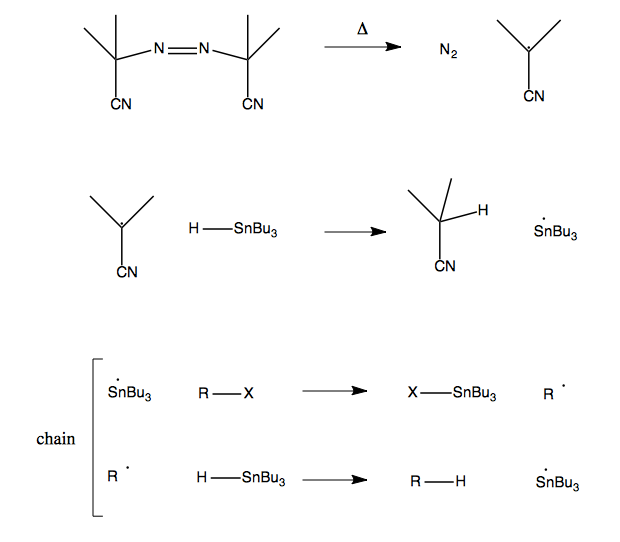 Such chemistry is used in the synthesis of prostaglandin (PF2α): 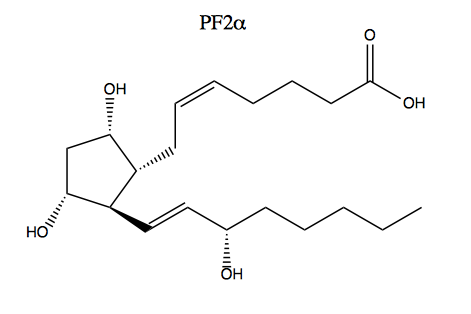 The organo-tin reagents can also be used for cyclization. 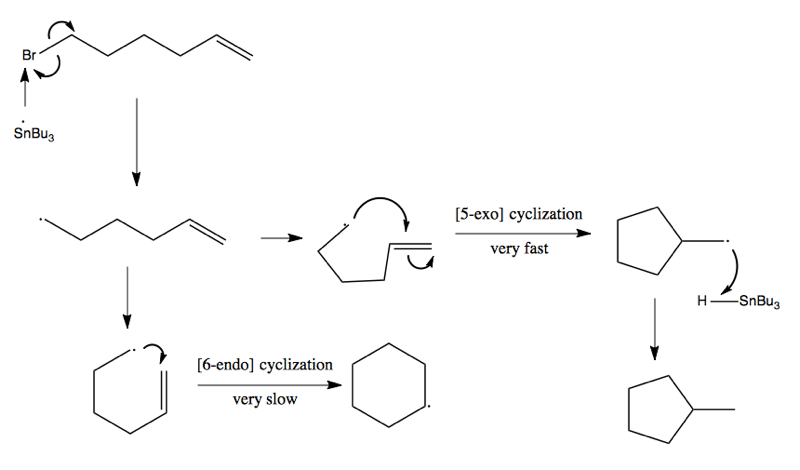 5-exo and 6-exo are the cyclizations you will most often see. In certain cases, there is steric clash preventing cyclization, and so the radical on the alkene will simply complete for the hydrogen from Bu3SnH, and you’ll just get dehalogenation of the alkene without any cyclization. Here are three more reactions which rely on organo-tin to achieve cyclization: 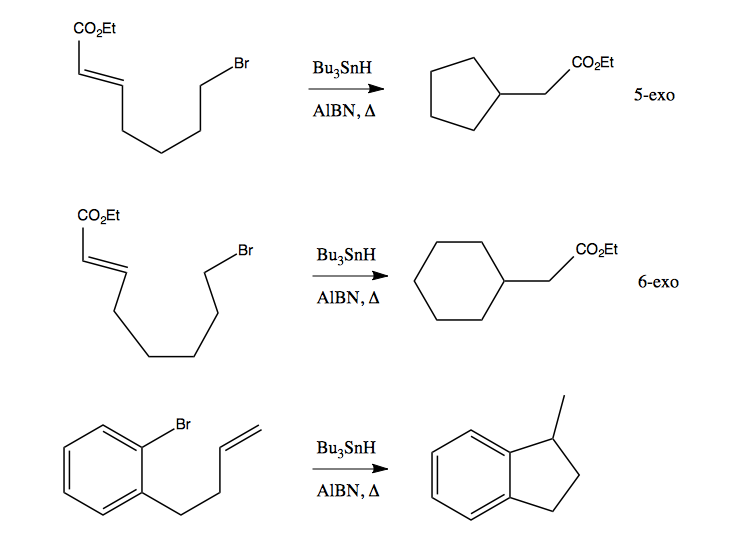 The greatest power of this sort of chemistry comes from the ability to set up chain reactions that will create many rings in succession.

Recall that in lecture 20 we learned about oxymercuration. Here’s an example:

The means by which the mercury leaves in the second step is via radical chemistry with an initiator, not unlike in lecture 22: