Today I am attending a webinar hosted by the Allen Institute on how to access their data including several new things they’ve added.  The most interesting thing so far is the availability of raw expression data by brain region, along with some visualization tools and gene correlation-finding tools.

The Allen Institute has gene expression levels for all 20,000+ genes in the mouse and human genomes across brain regions in sagittal section.  You can view the actual images created by in situ hybridization, as mentioned in a previous post.  What I didn’t realize is you can also view heat maps of absolute or relative gene expression level across tissues for one or more genes.  Visit, for instance: 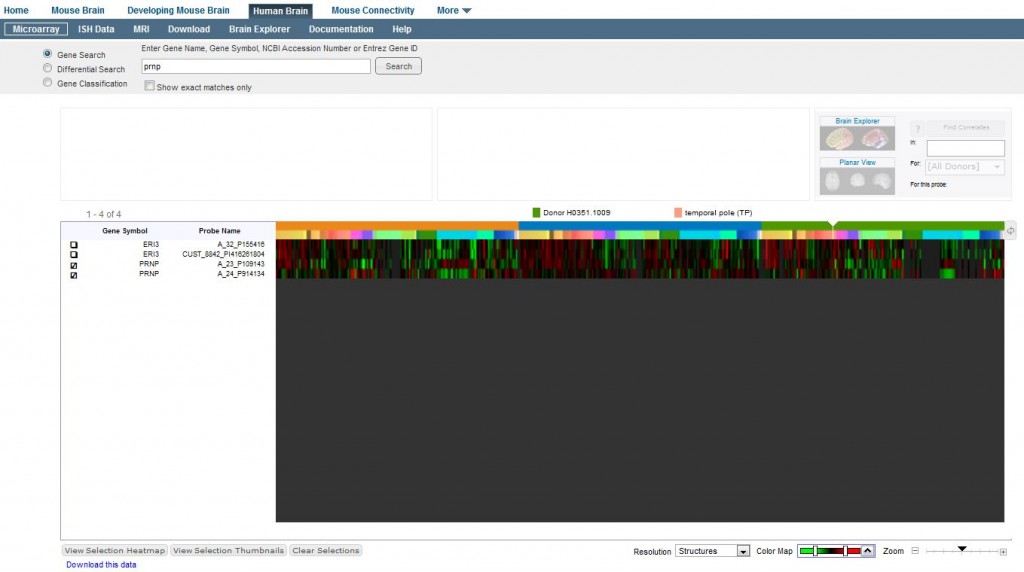 The “color map” control in the lower right does more than just change the color spectrum– it also controls whether you are viewing normalized data (z-score of a given gene’s expression in each tissue relative to all tissues, as I understand it) or absolute data (log2 of actual measured expression level).   Once you’re looking at the data you’re interested in, you can use the “Download this data” link in the lower left to get a zip file with csvs of the numbers behind the heatmap.

A few other neat things: